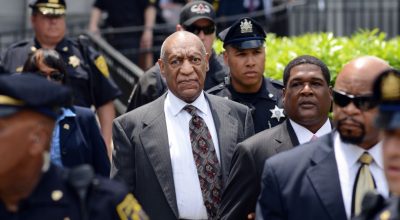 That’s when she says Cosby gave her two pills that made her lose consciousness. She testified Wednesday that she woke up naked in bed with the comedian – believing they’d had sex.

Baker-Kinney says she believes Cosby gave her Quaaludes, a now-banned sedative ..but she says she still blames herself for getting knocked out – telling jurors, “I don’t want to have that guilt and shame.”

Cosby is charged with drugging and assaulting a woman at his home in 2004 – but he says it was consensual.

Prosecutors are calling other accusers to the stand – to make the case that Cosby is a serial predator.

Cosby’s lawyers have said Baker-Kinney “voluntarily” took the drug – and apologized to the comedian for passing out.