CANNES TO OPEN WITH SPANISH FILM STARRING CRUZ AND BARDEM 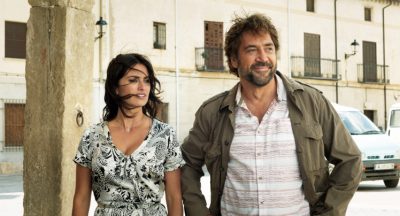 This year’s Cannes Film Festival is opening with a Spanish-language film – the first time since 2004 that the star-studded event kicks off with a movie that’s not in English or French.

Iranian director Asghar Farhadi’s psychological thriller Everybody Knows stars Penelope Cruz and Javier Bardem – and follows the moral dilemmas of a woman whose life is turned upside down when she leaves Argentina for Spain.

Director Farhadi has won best foreign film Oscars for A Separation and The Salesman.

Cate Blanchett is leading the jury at Cannes this year – as the industry deals with revelations of sexual misconduct.