Liquor maker Diageo says plans are underway to roll out bottles with a woman on the label next month for a limited run – the first time in the brand’s nearly 200 year history that the logo will be depicted as a woman. 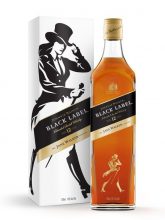 Diageo says the Jane Walker edition of Johnnie Walker is its way of putting the spotlight on gender equality and women’s achievements.

It’s also the latest gender change for a famous pitch figure, after KFC started airing commercials with Reba McEntire in the role of Colonel Sanders.