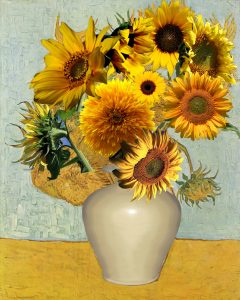 London’s Tate Britain has announced an upcoming exhibition – which explores how a formative period in Britain – inspired Vincent van Gogh.

The show is due to open next year – and the gallery says it will focus on the Dutch artist’s crucial but “obscure” years in the U.K.

Van Gogh lived in London between 1873 and 1876 as a trainee art dealer and later moved to France. He died in 1890 after shooting himself.

Tate Britain director Alex Farquharson says the exhibition is a chance “to reveal the impact Britain had on van Gogh as well as the enormous influence he had on British artists.”

It will contain more than 40 works, including Starry Night Over The Rhone and Sunflowers.