It’s another Day of Action at some 200 Tim Hortons’ locations around Ontario, including 4 in Toronto. 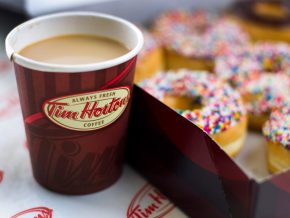 Organized by the Ontario Federation of Labour, Ontarians are being encouraged to deliver Valentine’s cards to Tims’ employees who have seen their hours and benefits cut since the increase to minimum wage went into effect on January 1st.

OFL President Chris Buckley says while millions of workers are benefitting from labour law improvements including a 14-dollar an hour minimum wage, workers at Tim Hortons continue to face reprisals at the hands of parent company Restaurant Brands International.

Today’s action comes after a National Day of Action on January 19th, which saw rallies at over 50 Tim Hortons locations across Canada.