The global market sell off continues. Both the Nikkei and Hang Seng in Asia plunged in Tuesday trading, both off about five percent on the day. And the European markets are down about 2 percent in mid day trading on Tuesday. 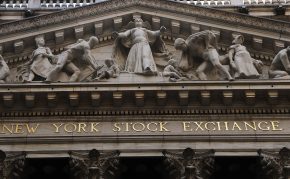 North American stock markets on Monday extended Friday’s slump. In fact, the Dow Jones in New York was off by 4.6 percent; the biggest one day plunge in its history and the worst percentage decline since August of 2011.

“People believe that rates will go up faster than we thought,” TD Wealth Analyst Kim Parlee explains, “In the States, in the Central Bank, what they do is when they feel the economy is heating up or there’s inflation in the market, what they do traditionally is raise rates because that’s how you make sure inflation doesn’t get out of control. And so we had some job’s numbers last week that were positive and there’s been this turn in economic data that has people thinking it’s all good news, but if it goes too fast, then you can actually see some inflation rear up.”

Two days of steep losses erased the U.S. market’s gains this year in a pullback that market experts have been predicting in a bull market for some time.

There hasn’t been a pullback in two years — and by many measures, stocks have been looking expensive.