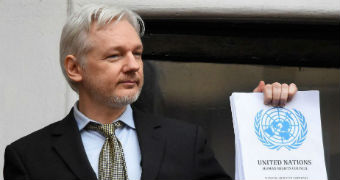 A British judge has upheld a warrant for the arrest of WikiLeaks founder Julian Assange – rejecting a plea from his lawyers for the warrant to be revoked – because he is no longer wanted for questioning in Sweden over alleged sex crimes.

But Assange is still a wanted man – and has spent more than five years inside the Ecuadorean Embassy.

The judge has promised to rule next week on a request by Assange’s lawyer that the court should lift the warrant – because it was no longer in the public interest to arrest his client.

Mark Summers says Assange has health problems including depression – and his client’s time inside the embassy is more than adequate punishment for his actions.