LEADING THE OSCAR NOMS, 'THE SHAPE OF WATER' HAS STRONG CANADIAN CONNECTION

A Toronto producer who worked on The Shape of Water says the film’s leading 13 Oscar nominations are a big win for Canada. 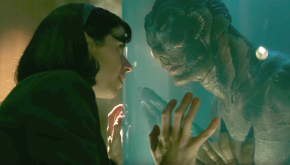 J. Miles Dale shares in the best picture nomination along with director Guillermo del Toro, who shot the merman romance in Toronto and Hamilton.

Dale says other than del Toro, the cinematographer and some of the actors, every person who worked on the film is Canadian.

He says he thinks it’s an “unprecedented” amount of recognition for this country by the Oscars academy.

The Shape of Water is about a mute cleaning woman who falls in love with a reptilian, amphibious creature captured by the government.

The Shape of Water came just shy of tying the record of 14 Oscar nominations shared by All About Eve, Titanic and La La Land.

Meantime, Christopher Plummer received an Oscar nod for his supporting role in All The Money In The World.

It’s the third Oscar nomination for the Toronto native, who won the golden statuette in 2012 for Beginners.

The Breadwinner, based on the novel by Canadian author Deborah Ellis, is nominated for best animated film.

And while Denis Villeneuve missed out on a best director nomination for Blade Runner 2049, the film did pick up a number of nods in other categories. Canadian Dennis Gassner is nominated for best production design.