HUGE SALES FOR "FIRE AND FURY" 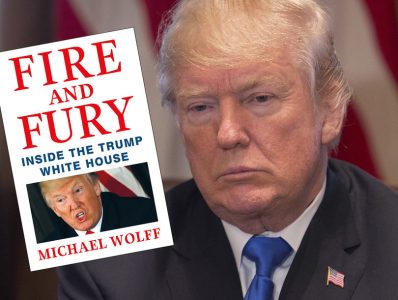 Wolff’s account of a dysfunctional Trump administration has topped the bestseller lists since coming out this month. U.S. President Donald Trump has likely helped sales – by frequently denouncing the book as fiction and threatening to sue.

Last week, CEO John Sargent of Holt parent company Macmillan told the Associated Press that Fire and Fury had sold more 250,000 copies as an e-book and more than 100,000 in audio.

BookScan announced the new results Wednesday. It tracks around 85 per cent of retail sales.