Rising maintenance costs and declining interest in the game of golf have City of Toronto staff looking at a review of Toronto’s municipal golf courses. 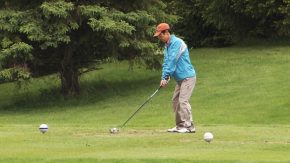 The City of Toronto owns seven golf courses, with two of them leased to private operators and the other five managed by the city.

The city-managed courses typically bring in about $5-million a year but a recent Toronto Parks and Recreation report says that’s not enough to recoup the costs of running them. And it seems it’s only going to get more expensive to operate the golf courses. The city’s capital plan has identified almost $10-million in improvements needed for municipal golf courses, such as upgrades to building roofs and windows, mechanical and electrical systems and irrigation.