The longtime leader of the New York City Ballet is retiring in the midst of an investigation into accusations of sexual misconduct. 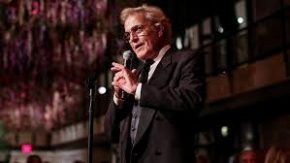 71 year old Peter Martins announced his retirement in a letter to the company’s board of directors Monday saying the scandal has exacted a painful toll on he and his family.

Martins continues to deny sexually harassing or abusing members of the company, including dancers claiming he is the victim of news articles reporting largely anonymous and decades-old accusations.

New York City Ballet announced last month Martins would take a leave of absence during an independent investigation that Martins says he has “co-operated fully” with.