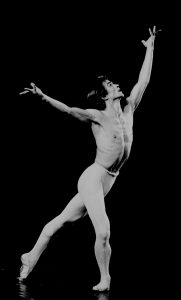 The historic Bolshoi Theater is premiering a ballet about superstar dancer Rudolf Nureyev – after the original opening was postponed and its director was arrested.

The Moscow opening was cancelled in July on short notice – which led to concerns that the ballet’s frank treatment of Nureyev’s same-sex relationships may have offended Russian authorities.

Director Kirill Serebrennikov was arrested in August on charges of embezzling more than $1 million in state funds.

The move raised concerns about a possible return of Soviet-style arts repression – because the director’s  productions have offended social conservatives in the past.

Bolshoi director Vladimir Urin says the show opening Saturday is unchanged – from the one that was cancelled.

The dancer rose to fame with the Kirov Ballet – before his defection to America in 1961.