It doesn’t get much more Canadian than a Grey Cup in the nation’s capital in the snow. When it was all over, the Toronto Argonauts scored a 27 – 24 come from behind win over the Calgary Stampeders. 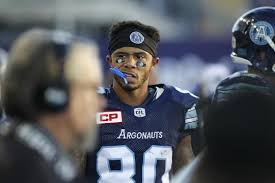 Ray hit Posey on a record 100-yard T-D strike in the first half.  Posey finished with seven catches, good for 175 yards.

The City of Toronto will honour the team with a celebration tomorrow afternoon at Nathan Phillips Square at 12:30.

With 17 Grey Cup Championships, the Argos are by far the professional team that has won more titles than any other Toronto team.