OPIOD PRESCRIPTIONS SOAR IN THE PAST 5 YEARS

The Canadian Institute for Health Information reports that more opiod prescriptions are being written than ever before. 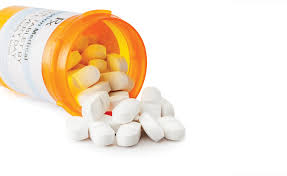 A new report suggests the number of opiod prescriptions climbed by a million in the past five years despite efforts to reduce the use of the powerful and highly addictive pain killers.

Meanwhile, Health Canada has launched a review of the increasingly popular drug Tramadol, a move that could reverse a decade-old decision to not classify it as an opiod.  If that occurs, Tramadol would be put on the same footing as opiods like morphine and oxycodone and would be subject to tighter controls and enhanced reporting and record keeping.

On the plus side, the Health Institute Information report indicates that over all doctors are prescribing fewer pills and lower doses and fentenyl prescriptions are on the decline.