Canada’s biggest supermarket chain says it is among the first purchasers of Tesla’s new electric truck. 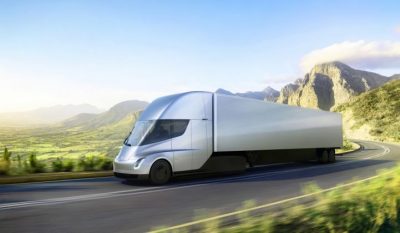 A spokeswoman for Loblaw says the company has pre-ordered 25 of the vehicles – as part of its strategy to have an all-electric fleet by 2030.

First deliveries of the Tesla transports – are expected in 2019.

Wal-Mart has reportedly pre-ordered 15 vehicles – including 10 for its Canadian routes.