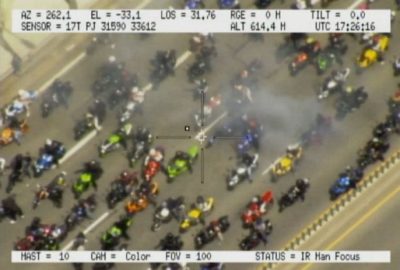 More than 10 people are facing charges in relation to a series of dangerous motorcycle stunts – that snarled traffic on major Toronto-area highways this summer.

O-P-P say the accused face a total of 48 charges for the stunts – some of which were captured on video.

Investigators appealed in August for dash-cam video or photographs – as they investigated a large group of motorcyclists – who had disrupted traffic – causing motorists to complain about bikers riding aggressively across lanes – and even coming to a full stop – to perform various stunts and wheelies.