He was the driving force behind the iconic Canadian band Lighthouse. Drummer and vocalist Skip Prokop passed away on Wednesday at the age of 73. 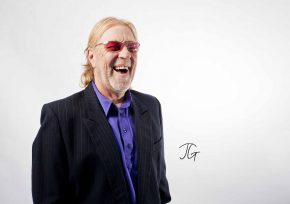 Formerly with The Paupers, the Hamilton native who was born Ronald Harry Prokop, went on to be the band leader with Lighthouse in 1968 along with keyboardist Paul Hoffert and guitarist Ralph Cole.

Lighthouse was a 13 piece rock/funk/jazz group. They won the Juno Award for Top Canadian group three consecutive years in 1972-73 and 74.

After splitting up in 1976, Lighthouse staged a number of reunions while Prokop also spent time behind the microphone as a radio announcer. Prokop, Hoffert and Cole relaunched Lighthouse in 1992 as a 10-member unit and continued to tour, appearing on The Moody Blues’ Cruise Ship event in 2014.

Prokop was also a noted studio musician and songwriter, performing on The Live Adventures of Mike Bloomfield and Al Kooper album, recording with Janis Joplin and writing I’d Be So Happy for Three Dog Night.

Skip Prokop officially retired from touring in May of 2016, after his cardiologist told him the lifestyle was too hard on his health.