The fairways and greens at Oakville’s Glen Abbey Golf Club won’t be turned into land for condos and stores any time soon. 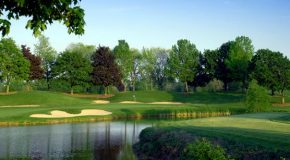 Course owner Clublink has proposed turning the site into a mix of some 3200 residential units as well as office and retail space.

Oakville Mayor Rob Burton says council has heard the concerns of local residents who’ve been vocal in their quest to keep the space as a golf course.

“Glen Abbey is Oakville, and Oakville is Glen Abbey, and there’s a lot more to Oakville than Glen Abbey in my humble opinion, but I certainly think there’s a lot of weight in what they said to that effect,” Burton explained after the vote.

Burton says a heritage designation means there are rules that must be followed when it comes to preserving the heritage of a property, but adds there is still “flexibility” and an appeals process.

Glen Abbey has played host to the Canadian Open 29 times and is scheduled to host it again next year.