Ontario patients may soon learn how much some of the province’s highest billing doctors receive in taxpayer-funded OHIP payments.

In a move that would mark a dramatic reversal in its position, the Ontario Medical Association is said to be considering a plan to follow through on a proposal from some of its members to assist in publicly releasing the names of some top billers. 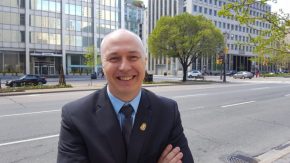 It essentially would be a move in damage control. Proponents of the plan, including OMA President Dr. Shawn Whatley, say in a Facebook forum they are likely to lose a more than two year court battle against the Toronto Star and the Ontario privacy commissioner to keep the names secret. They say they could minimize the damage by abruptly ending their legal fight and publicly releasing the names themselves.

Ontario lags behind other jurisdictions in making billings public. B.C., Manitoba and New Brunswick release the information annually. So does the United States.