CANADA SHUT OUT OF 2017 MAN BOOKER

There are no Canadian authors on the the long-list for this year’s Man Brooker prize. 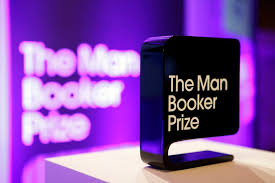 The “Man Booker Dozen” as it’s known has 13 books up for consideration whittled down from 144 submissions.
They are:
4 3 2 1 by Paul Auster (US)
Days Without End by Sebastian Barry (Ireland)
History of Wolves by Emily Fridlund (US)
Exit West by Mohsin Hamid (Pakistan-UK)
Solar Bones by Mike McCormack (Ireland)
Reservoir 13 by Jon McGregor (UK)
(JM Originals)
The Ministry Of Utmost Happiness by Arundhati Roy (India)
Lincoln in the Bardo by George Saunders (US)
Home Fire by Kamila Shamsie (UK-Pakistan)
Autumn by Ali Smith (UK)
Swing Time by Zadie Smith (UK)
The Underground Railroad by Colson Whitehead (US)
The Man Booker Prize for Fiction, first awarded in 1969, is open to writers of any nationality, writing in English and published in the United Kingdom between October 1st last year and September 30th this year.
The shortlist of six books will be announced on September 13th.  The 2017 winner will then be announced October 17th.
The winner takes home 50,000 Pounds Sterling.
Previous Canadian winners include Michael Ondaatje and Yann Martell .