A federal board has rejected the Art Gallery of Nova Scotia’s application to certify a multi-million-dollar collection of iconic photographs by famed American artist Annie Leibovitz as “cultural property of outstanding significance.” 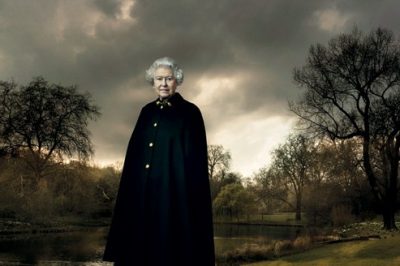 The decision comes as a major blow to the Halifax gallery – which has held the famous photos in storage for four years – and casts a shadow over the prospects of organizing an exhibit of the photographer’s works.

A gallery spokesman says the Canadian Cultural Property Export Review Board concluded that the bulk of the photographs didn’t meet the criteria for “outstanding significance” or “national importance,” – a crucial description as tax incentives for the Mintz family of Toronto – that donated the collection to the gallery.

The collection includes a portrait of a naked and pregnant Demi Moore – a brooding Queen Elizabeth II – and the haunting photo of a naked John Lennon and Yoko Ono cuddling on a floor, hours before he was gunned down in front of his New York apartment.

Published reports say the donating family bought the collection from Leibovitz in 2013 – in a deal that would see the photographer paid $4.75 million – but half that amount depended upon its certification – so she is still out more than $2.3 million.

The two thousand photos have been valued by some appraisers at $20 million – and the gallery applied to have the collection certified three times over the years.

The review board would only do so for 762 of the Liebovitz prints which it valued at $1.6 million – while rejecting the remaining 1,300 photographs.