A social media campaign is asking shoppers to boycott Sears Canada, over the way the company has treated former employees. 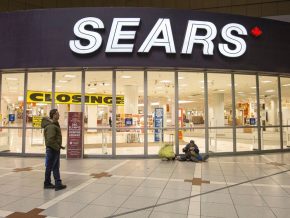 The struggling retailer plans to pay $9.2-million in bonuses to keep executives on board during restructuring, while failing to offer severance to laid-off workers. Pensioners who worked for Sears will receive their benefits only until the end of September, a move which has prompted CARP – A New Vision of Aging – to call for changes to restructuring and bankruptcy laws.

Sears Canada’s Facebook page has been flooded with comments from people who say they won’t shop at Sears, and the hashtag #BoycottSearsCanada has been gaining traction on Twitter.

There has been no comment from Sears Canada on the boycott call.

Retail analyst Bruce Winder says Sears is up against a public relations “storm” that could spell the end of one of Canada’s most trusted brands.