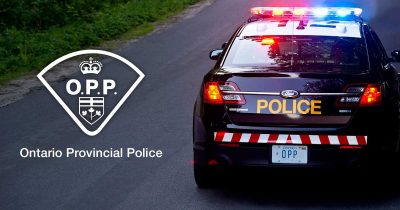 Provincial police say speeding is the number 1 cause of deaths on OPP- patrolled roads in Ontario so far this year.

The force says excessive speed has been linked with 30 road deaths – as of Monday – compared to 17 at the same time last year.

Officers have laid more than 1,400 charges so far this year – against drivers clocked at 50 km/h or more over the limit.

The OPP are zeroing in on speeding and all other forms of aggressive driving – during the Canada Day long weekend.

Convicted speeders can face a jail term of up to six months – fines of up to $10,000 – and prolonged licence suspension.