Prime Minister Justin Trudeau says – it will be business as usual for Canada and Cuba – despite a renewed hardening of relations between the Communist  nation and the U.S. 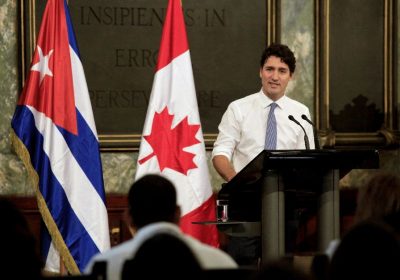 The PM’s comments came today after American President Donald Trump announced a retrenching – of the Obama administration’s easing of relations with Cuba.

Trudeau noted that Canada has long taken a softer approach toward Cuba than American governments – but he said he doesn’t expect the renewed U.S. economic and travel restrictions – will hurt Canadian business and tourism ties with Cuba.

Trump complained during a speech in Miami today that Cuba had secured far too many concessions from the Obama administration.

He announced that penalties imposed on Cuba would remain – so long as the Raul Castro government held political prisoners, abused dissidents and restricted freedom of expression.

Trudeau’s comments came after a meeting with the prime minister of Belgium –  in which two leaders discussed the further strengthening of trade ties between Canada and the European Union.