MODERATE DRINKING MAY NOT BE GOOD FOR YOUR HEALTH AFTER ALL: BMJ RESEARCH

New information suggests even moderate drinking could be bad for your brain.

Previous studies have shown that heavy drinking can cause more significant brain damage, but new research published in the journal BMJ finds that having about five large glasses of wine a week may also have long term effects on brain structure and function. 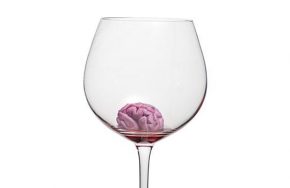 Scientists followed 550 men and women over 30 years and found that in moderate drinkers, the brain’s hippocampus — a centre for emotion, memory and spatial recognition — was three times more likely to have evidence of shrinkage, compared to non-drinkers.

The study authors say the findings show a need for re-evaluating whether moderate drinking is okay for your health.