Since 1999, Lawrence Gowan has never looked back on accepting an offer by Styx to join them as lead singer.

Formerly a successful Canadian solo artist, Gowan told Zoomer Radio’s Robbie Lane, when he was asked to succeed Dennis DeYoung it was hard to say no. 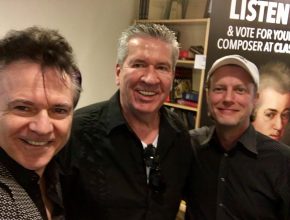 “This is a legendary band that’s asking. It’s kind of an honour to have something like that happen, but the first I thought was ‘I gotta find out if I can hit those notes’…so I went and got the Grand Illusion album out and put it on and…I realized I think I might be the right guy,” Gowan explained while sitting in on Robbie’s show.