OPIOID PRESCRIPTIONS SOAR IN ONTARIO, DESPITE NATIONAL 'EPIDEMIC OF OVERUSE'

Patients in this province continue to be given potent narcotics for pain despite efforts to curb what’s been called a national epidemic of overuse. 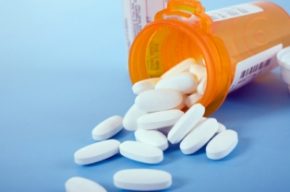 Figures released by Health Quality Ontario reveal that almost 2-million Ontarians, or 14 percent of the province’s population, filled prescriptions for opiods over the 2015-2016 fiscal year.

The provincial agency says a third of people 18 years of age or younger are getting ongoing prescriptions, while 80 per cent of people who are 45 to 64 are also getting repeat prescriptions. That ratio widens even more for people aged 65 and older.

Overall, more than 9-million prescriptions were filled for those 2-million Ontarians, representing an increase of 450,000 over the same period three years earlier.

Dr. Joshua Tepper, the president and CEO of Health Quality Ontario, says not only did the number of prescriptions spiral upward, there was also a trend toward doctors choosing more potent versions of the drugs.