The Trudeau Liberals are expected this week to table long anticipated changes to Canada’s transportation laws. 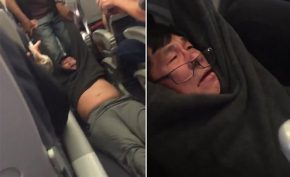 Airline passenger rights are expected to be the focus, after a series of overbooking scandals. The most notable was when a 69 year old man violently dragged off a fully booked United flight when he refused to leave his seat to accommodate airline crew. It was an incident that went viral because of smartphone video.

The office of Transport Minister Marc Garneau has declined to comment on the specifics of the Canadian bill until it’s properly introduced in Parliament. Garneau has committed to introducing legislation this spring that would establish an airline passenger bill of rights to deal with consequences for overbooking, delays and lost or damaged luggage. The Ottawa Liberals hope to have the law in place by 2018.

Zoomer Radio’s Fight Back with Libby Znaimer was the first to detail the case of Toronto woman Victoria Russell, who was bumped from her Air Canada flight to Miami and missed a $10,000 cruise.