Leonard Cohen’s legacy will be commemorated with a towering mural in his home town of Montreal.

A painting of the iconic singer, songwriter and poet will grace the side of a 20-storey building on Crescent Street downtown. 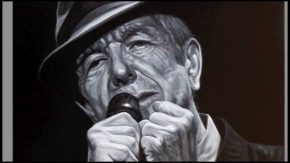 When completed in September, it will be among the largest murals in Montreal.

Montreal Mayor Denis Coderre says the wall will become a magnificent 8500 square metre mural of Leonard Cohen, who died in November at the age of 82.

The mural will be part of the Montreal’s Great Artists series of works commissioned by the non profit group M-U that promotes murals rooted in local communities with funding from Montreal and Quebec’s Culture Departments.