The Canadian labour leader who presided over the Canadian Auto Workers union’s split from its American counterpart and later became that union’s founding president and the president of the Canadian Labour Congress, has died at age 81. 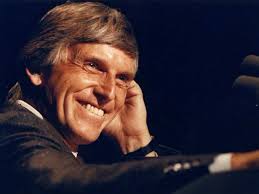 Bob White was born in Ballymoney, Northern Ireland in 1935 and came to Canada in 1949 with his family, settling in Woodstock, Ontario.  He left school at age 15 to start working in the factory where his father worked and joined the United Auto Workers union in 1951.

White became an Officer of the Order of Canada in 1990.