"COME FROM AWAY" GETS MULTIPLE HAYES NODS 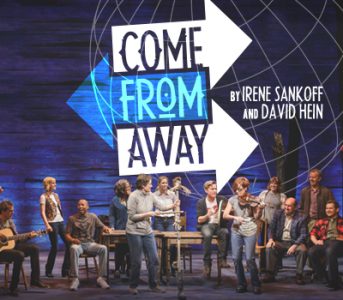 The Canadian musical inspired by the events of 9/11 has been honoured with multiple nominations – from a prestigious American-based awards body.

The Broadway-bound production of Come From Away is among the plays and musicals recognized by the Helen Hayes Awards – which celebrate excellence in professional theatre throughout the Washington metropolitan area.

Come From Away is centred on Gander, Newfoundland – where residents provided refuge to passengers and crew on 38 planes – diverted when U.S. air space was closed – following the September 11th, 2001 terror attacks.

The production has received 14 nominations.