IBUPROFEN/NAPROXEN MAY NOT BE EFFECTIVE AT TREATING BACK PAIN: RESEARCH

Back pain is one of the leading health concerns these days, and now a new study is challenging one of the most common doctor-recommended ways of fighting it. 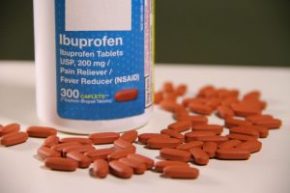 The study shows that non-steroidal anti-inflammatory drugs, such as ibuprofen and naproxen, may not be as effective as once believed.

Researchers looked into 35 previously published, placebo-controlled trials. They ultimately found that for every six people treated with anti inflammatory drugs instead of a placebo, only one would have a notable short term benefit.

They say this is important, since these drugs are not without their side effects where usage has been linked with more short-term gastrointestinal adverse effects.

You can read about the study in the Annals of Rheumatic Diseases.