He’s being remembers as an accomplished arranger, producer and filmmaker whose credits ranged from albums by Ella Fitzgerald and Bing Crosby. 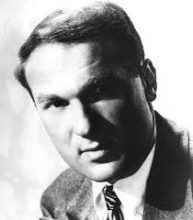 Buddy Bregman has died at the age of 86.  His daughter, actress Tracey Bregman, confirmed the death saying her father had been battling Alzheimer’s disease.

Bregman was born in Chicago and beginning in his mid 20’s worked with many top acts like Fitzgerald and Crosby and also worked on music featuring Fred Astaire and Count Basie.