Records are expected to be set tonight when the 1926 work “Mountain Forms” by group of seven artist Lawren Harris goes to auction. 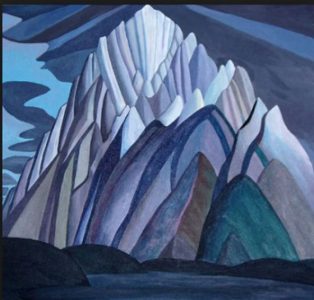 Heffel Fine Art auction house in Yorkville estimates the oil on canvas could bring between three and five million dollars – including the 18 per cent buyer’s premium.

Currently, the record for a Lawren Harris work is held by “Mountain and Glacier” which last sold for 4.6 million dollars.

The Canadian art record was set in 2002 when Paul Kane’s 1845 oil “Scene In The Northwest – Portrait” sold for just over five million dollars.

On Tuesday night a 1912 sketch by group of seven member J.E.H. MacDonald sold for $230,000. “Tracks and Traffic” was among several notable works at the Consignor Canadian Fine Arts fall auction.

The sketch provides a glimpse of what Toronto looked like more than a century ago – in a scene from the harbourfront neighborhood.