The U.N. weather agency says 2016 is likely to break the record for the hottest year since scientists began tracking the data in the 19th century. 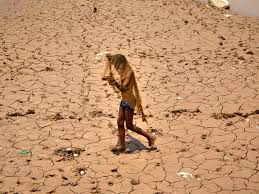 That brings the temperature close to the limit set by the global climate agreement adopted in Paris last year.  It calls for limiting the temperature rise since the industrial revolution to 2 at least 1.5 degrees C.

The agency says this year’s temperatures were boosted by the El Nino.

The previous hottest year on record was 2015.