NOT EASY FOR A POST US ELECTION MOVE TO CANADA

Americans are threatening to “move to Canada” if their preferred candidate loses in today’s US presidential election. 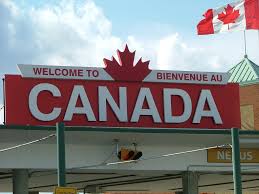 But it’s actually not that easy.

It turns out that Americans who want to move to Canada permanently usually require a job offer and that requires an employer to prove that no Canadian worker is available to do the job.  With more than 1.3 million unemployed Canadians that is a hard sell.

Canada plans to accept 300,000 new permanent residents in 2017. About 40,000 will be refugees and not liking who your fellow Americans voted for, doesn’t make an American a refugee.  Another 80,000 will be family members of Canadians which most Americans don’t have.

Americans could quality for  the Express Entry program, which cuts processing times to around six months.  However, in order to qualify for that applicants must subject to being ranked by a point system.