Canada’s Health Minister is weighing in on news that Shoppers Drug Mart has submitted an application to distribute medical marijuana, a move that could change how patients get access to the drug.

“The cannabis is produced in a secure environment, there are very strict regulations and regular assessment of the security mechanisms in place, so obviously going forward any changes to that we will continue to uphold the highest of security,” Philpott explained. 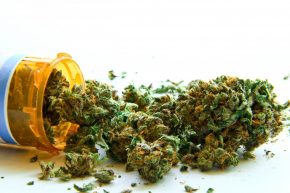 As it stands now, federal regulations only allow registered patients to buy cannabis directly from licensed producers, who send the product to clients by mail. This means that even if Shoppers Drug Mart’s application is approved, it won’t be permitted to sell medical pot through its stores unless the federal government revises the rules. A spokesperson for Shoppers Drug Mart says the company is hopeful that the federal government will do so, arguing that it would improve “access, safety, quality and security” for patients.