The London Film Festival opens today.
And the spotlight film is about race, class and love – set in the 1940s.
Amma Asante’s A United Kingdom stars David Oyelowo and Rosamund Pike – in the true story of an inter-racial romance between a prince from Botswana and a London office worker.

Their story scandalized both of their homelands in the 1940s.

A United Kingdom is the first film by a black female director to open the 60-year-old London festival – and symbolizes its commitment to encouraging diversity in the film industry. 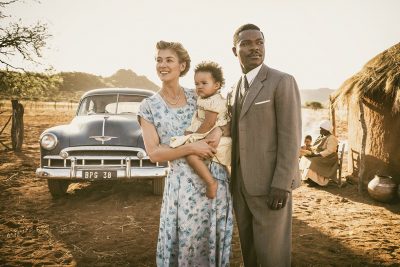 Last year, the festival opened with Sarah Gavron’s Suffragette – and included events looking into women’s representation in the film business.

This year in London there’s also a symposium on why black actors remain underrepresented onscreen – in Britain and the United States.