BEN STILLER CALLS ON EARLY PSA TESTING, CREDITS IT FOR SAVING HIS LIFE

Ben Stiller says he owes his life to a test to detect prostate cancer. And because of that, the American actor is in favour of men getting PSA tests as early as possible. 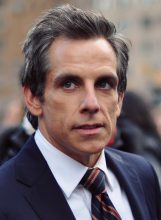 Stiller says he was diagnosed two years ago, after taking a PSA test when he was 46. Read his full story here. The American Cancer Society doesn’t recommend men take the test until after 50. But Stiller says getting the test early helped save his life.

The test looks for an antigen that indicates prostate cancer is possible. Many experts say the test can be imprecise and that means many men get treated unnecessarily for non-life-threatening cancers.