A painting, done by Flemish Baroque painter Jacob Jordaens, worth almost $4 million has been found by an British art historian lying forgotten in a museum storeroom. 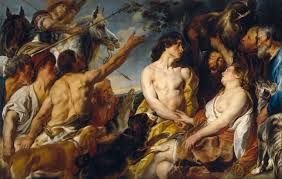 The piece, named Meleager and Atalanta, was discovered at the Swansea Museum in Wales, by Bendor Grosvenor, who was carrying out research for a BBC TV program.

The painting, which pictures a dramatic scene featuring characters from Greek mythology, was originally believed to be a copy with labels showing that it was created in the 18th century.  However, once the painting was restored and sent for analysis it was confirmed that the piece actually dates back to about 1620 and experts believe it was used as a draft for Jordaens to finely tune his style.

The find will go on display at Swansea museum in October.