MURRAY TO RECEIVE THE TWAIN PRIZE FOR HUMOUR

Comedic Zoomer legend Bill Murray is to be presented with the top prize for humour in the United States. 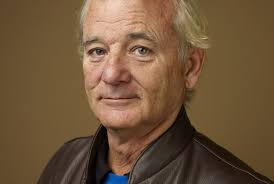 The Kennedy Center in Washington DC will host a ceremony October 23 where the 65 year old comic actor will be presented with the the Mark Twain Prize for American Humour.

Scheduled to appear along with Murrary, his “Ghostbusters” co-stars – Canada’s Dan Aykroyd and Sigourney Weaver – along with David Letterman.  Murrary was the first and last guest on Letterman’s show.

The prize is awarded annually to a humourist who influences society in the tradition of Mark Twain.