YOU COULD OWN A PIECE OF AUDREY HEPBURN

A series of never-before-seen letters, written by movie star Audrey Hepburn, will go to auction later this month. 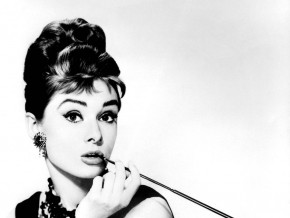 The 10 letters were penned between 1951 and 1960 to her mentor and lifelong friend Sir Felix Aylmer. They reveal details of the dramatic decade that took Hepburn from unknown ballerina to major Hollywood star.  She mentions her broken-off engagement, her marriage to actor Mel Ferrar, miscarriages and the birth of her first child.

The letters are estimated to sell for up to $7,000 and go on the block at Bonhams Entertainment Memorabilia sale in London, June 29th.