Donald Trump has strengthened his hold on the Republican primary race, while the Democratic front-runner is now 90 per cent of the way to her party’s nomination after four solid victories of her own yesterday. 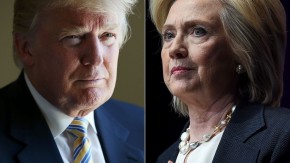 “And I applaud Senator Sanders and his millions of supporters for challenging us to get unaccountable money out of our politics and giving greater emphasis to closing the gap of inequality,” Clinton told her supporters last night.

The Republican race now turns to Indiana, where next week’s primary marks one of the last chances for Ted Cruz to slow Trump and push the race toward a contested convention.

While Trump does need to keep winning in order to stay on his narrow path to the GOP nomination, he declared himself the party’s “presumptive nominee” after yesterday’s results rolled in. He also said it would be easy to beat Clinton, and said if she were a man, she wouldn’t get five percent of the vote.