DORIS ROBERTS OF 'EVERYBODY LOVES RAYMOND' DIES AT 90

The creator of Everybody Loves Raymond is among those mourning the death of veteran actress Doris Roberts. 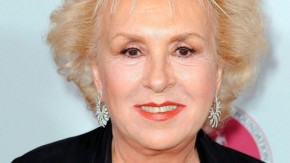 A statement from CBS, the network that aired Raymond for nine seasons, says “Roberts had the ability to light up every room she walked into.”

Doris Roberts earlier co-starred in Remington Steele and appeared on stage and in a variety of movies, including The Rose and The Taking of Pelham One Two Three.

Doris Roberts died in her sleep on Sunday night at the age of 90.