The Hungarian writer who won the 2002 Nobel Prize for Literature has died at his home in Budapest after a long illness.  Imre Kertesz was 86. 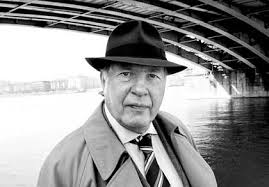 Kertesz was awarded the Nobel Prize in 2002 for a body of fiction largely drawn from his experience as a Nazi concentration camp prisoner during World War II.

Kertesz was born in Budapest in 1929.  He was 14 when he was deported to the Auschwitz concentration camp in German-occupied Poland in June 1944.  He was later  transferred to Buchenwald where he was liberated in 1945.