Paris taxi drivers are into the second day of a strike protesting against rival services such as Uber.

As a result, Paris police and the Paris Airport Authority are warning of potential delays around airports and key intersections. 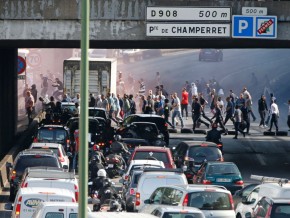 Yesterday taxi drivers lit bonfires and were hit by tear gas when they tried to march onto a major highway, amid nationwide strikes and protests over working conditions.

Traditional taxi drivers say they’re suffering unfair competition from app-based Uber, which has faced legal challenges around Europe, in the U.S. and in Canada, including here in Toronto. City of Toronto staff are coming up with a proposal to renew bylaws around all ground transportation in Toronto.

Uber argues the sector needs to catch up with the times.