CANADIAN HISTORY MADE AT THE AUSSIE OPEN

For the first time ever, a Canadian man will play a singles semi final at the Australian Open. 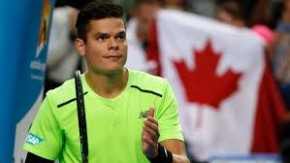 Raonic made to the semis at Wimbledon in 2014.