JULIE ANDREWS RETURNS TO THE SCENE OF MUSIC

Oscar-winner and entertainment legend Dame Julie Andrews will host a spectacular New Year’s Day concert in Vienna, taking her back to the country where her classic and best known work, “The Sound of Music” was set. 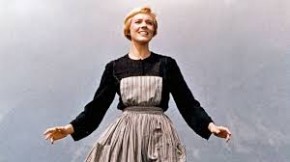 “Great “Performances” is the biggest worldwide event in classical music with an audience of millions through radio and television in over 80 countries.