After ending a 22 year Major League Baseball playoff drought, the Toronto Blue Jays were named the 2015 Canadian Press Team of the Year. 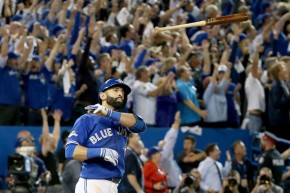 The Blue Jays picked up 71 per cent of the vote in an online survey of broadcasters and editors from media outlets across the country.