KEN TAYLOR TO BE LAID TO REST IN TORONTO TODAY

A funeral is being held today in Toronto for Ken Taylor, Canada’s former Ambassador to Iran 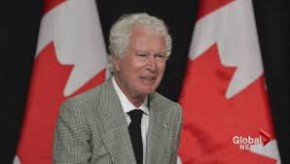 Taylor gained international fame for helping six Americans escape Iran during the 1979 hostage crisis in what became know as the “Canadian Caper.”

He heroics were the subject of a book and more recently a Hollywood movie called “Argo.”  Taylor made headlines again when he complained the move minimized Canada’s role in the crisis.

The 81-year-old former diplomat died of cancer ten days ago in New York.

Today’s service, in a mid-town Toronto church, will be attended by Ontario Premier Kathleen Wynne and Prime Minister-elect Justin Trudeau among others.